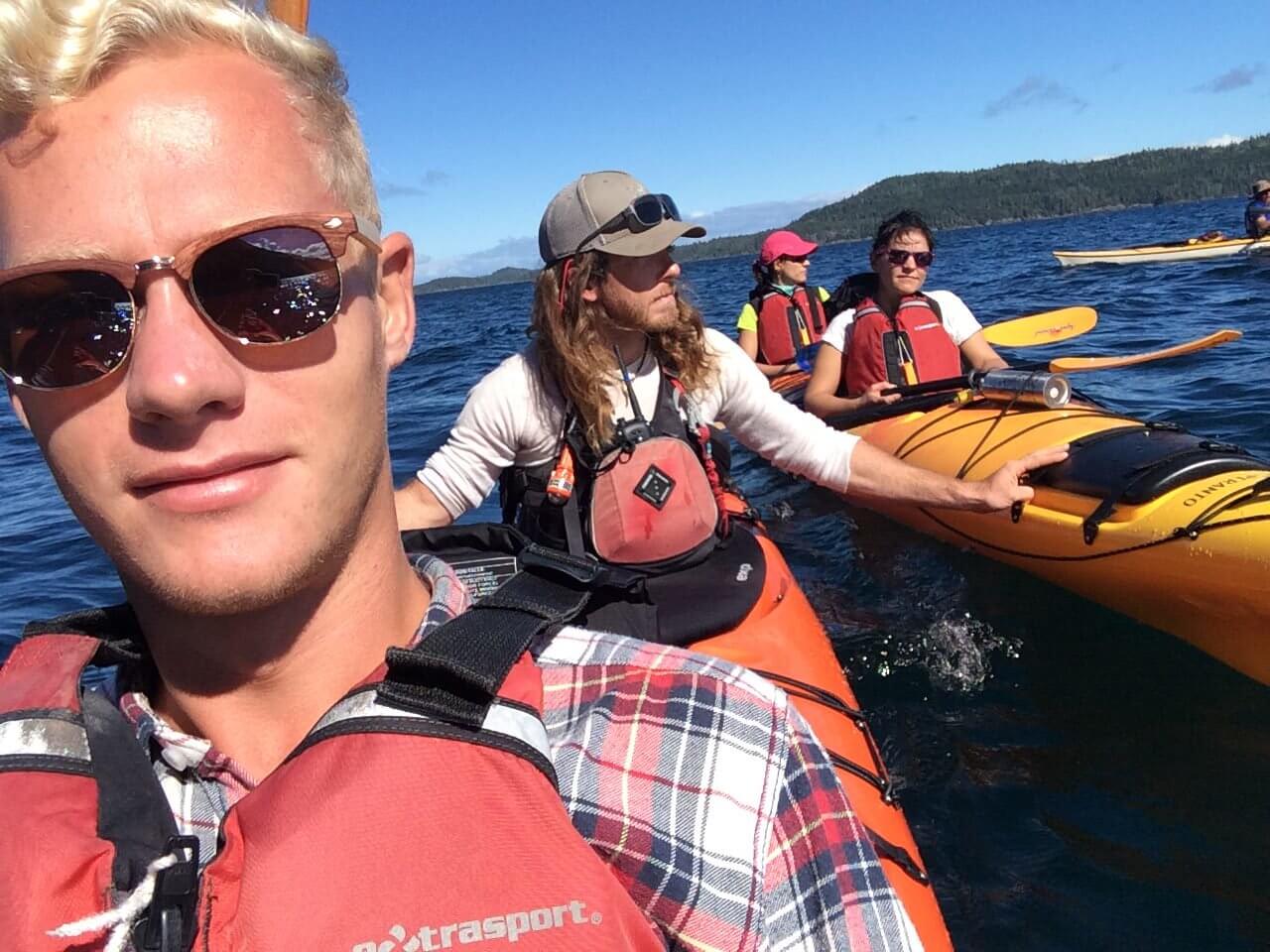 There can be a lot of good reasons to study a semester abroad. Victor Boserup from DTU had both professional and personal dreams; he achieved those in Canada.

When you can see an end to your studies, and have never tried anything but school or studying, you can consider whether you should have tried something else for a while. It is not too late, even if you have already started university.

“I went from ninth grade, to high school, and directly onto university. I had an idea about taking a gap year and travelling, but I chose to continue my studies, because I also wanted to get on with my education. So I promised myself I’d travel during my studies, and experience the world in that way. Then, I could combine experiencing a new culture with studying, and still not interrupt my studies,” says Victor Boserup, who is studying his master’s degree in Byggeteknologi at DTU.

An exchange programme grants you other experiences than just the professional ones. Here is Victor Boserup (left) in a tandem kayak on the north-easter coast of Vancouver Island to watch orcas. Private photo.

Influence on the study

In the fall of 2016, Victor Boserup spent a semester at The University of British Columbia in Vancouver. It changed his course of study.

“I took courses in structural dynamic in buildings, amongst other things. I chose to focus on seismic — a kind of special angle in Denmark, but fairly relevant in Vancouver. When we talk about dynamics in Denmark, it is usually about the wind’s influence on buildings. In Vancouver, there is a lot of seismic activity, and therefore focus on the seismic influences. When I came home, I wrote my bachelor project within the field, and later my dissertation. So my exchange has had a great influence on my education,” he says.

Victor Boserup is sure that you can get a good career without having been on exchange, but it gives an advantage.

“I feel fairly sure that the experience has strengthened me personally and professionally. The world has become a bit smaller, and I see more opportunities to get a job abroad or in an international company in Denmark that could build bridges abroad and therefore have seismic specialists hired,” he says.

On a personal level, the exchange has also been an experience.

“It was exciting to experience a different culture — even if Vancouver, compared to other places in the world, is not so foreign at all. But I met students from all over the world, and formed friendships with both local and international students,” tells Victor Boserup.

Victor’s advice for others with plans of going on exchange

Start early
I participated in the first information meeting about exchange at the start of the second semester. Even if you’ve just started and might not be able to keep track of anything but studying, it is important to start early when looking into the possibilities—especially if you want to go outside of Europe.

Get help from your university
The universities typically have introduction meetings every semester. Sign up for those and find out which universities are exciting, and what could be relevant for you. A lot of places only admit people with a certain grading average.

Choose the right university
You have to decide whether to choose by professional standards or the culture that the university is a part of. After all, you do have to live there for half a year and be able to thrive both professionally and culturally. For instance, I decided that it had to be an English speaking country, so there would not be any language barriers.

Go early
It can be a challenge to find the right place to live, especially if the foreign university does not offer housing as a part of the exchange programme. Therefore, it might be a good idea to go a few weeks in advance, so there is time to find a place to live before the course starts.

Do not spend too much time with your countrymen
There will typically be other Danes at the foreign university, but do try to make friends with the locals and other exchange students.