Peter took a few detours before he began working for Novo Nordisk.

A straight forward, 35 km long highway connects Copenhagen to Frederikssund. It is called Frederikssundsvej, and near Smørum, you make a right and hit a roundabout. This is Novo country no matter which exit you pick. Peter Boldsen Knudsen works here – in Upstream – a technological developmental department, conducting protein research. Peter Boldsen Knudsen’s own route to Novo Nordisk from DTU in Lyngby was less than straight forward. He went on a few detours to another study programme and to Germany to do cancer research. And he is not alone in doing so. 75 % of the employees in the developmental department hold a PhD.

Research papers are important
When Peter Boldsen Knudsen graduated as a civil engineer in 2009, the financial crisis smothered the Danish labour market, and Peter decided to find funding to continue writing about the results on leukemia he found when he wrote his thesis. He had been lucky enough to become first author on an article regarding the results of cancer research, and this can be very important in terms of doing a PhD later on.

“I was application oriented, and in this way I could prove that I would become a good researcher,” says Peter. He had found the results while completing his Master, which partially took place in Germany, and he would have been able to embark on a PhD there. “But the PhD wage is low in Germany so I couldn’t see myself there when my apartment and girlfriend were in Denmark.”

After a year and a half of contacting scholarship funds, institutes and organizations, he was able to write his PhD on fermentation technology at DTU Systems Biology. Kræftens Bekæmpelse also awarded him 500,000 DKK to conduct cancer research as a part time occupation alongside his PhD studies. He was subsequently hired to do a post.doc. researching yeast structures at DTU. A friend called his attention to a job advertisement from Novo Nordisk Global Research – a job which he was offered because of his PhD and his previous research. 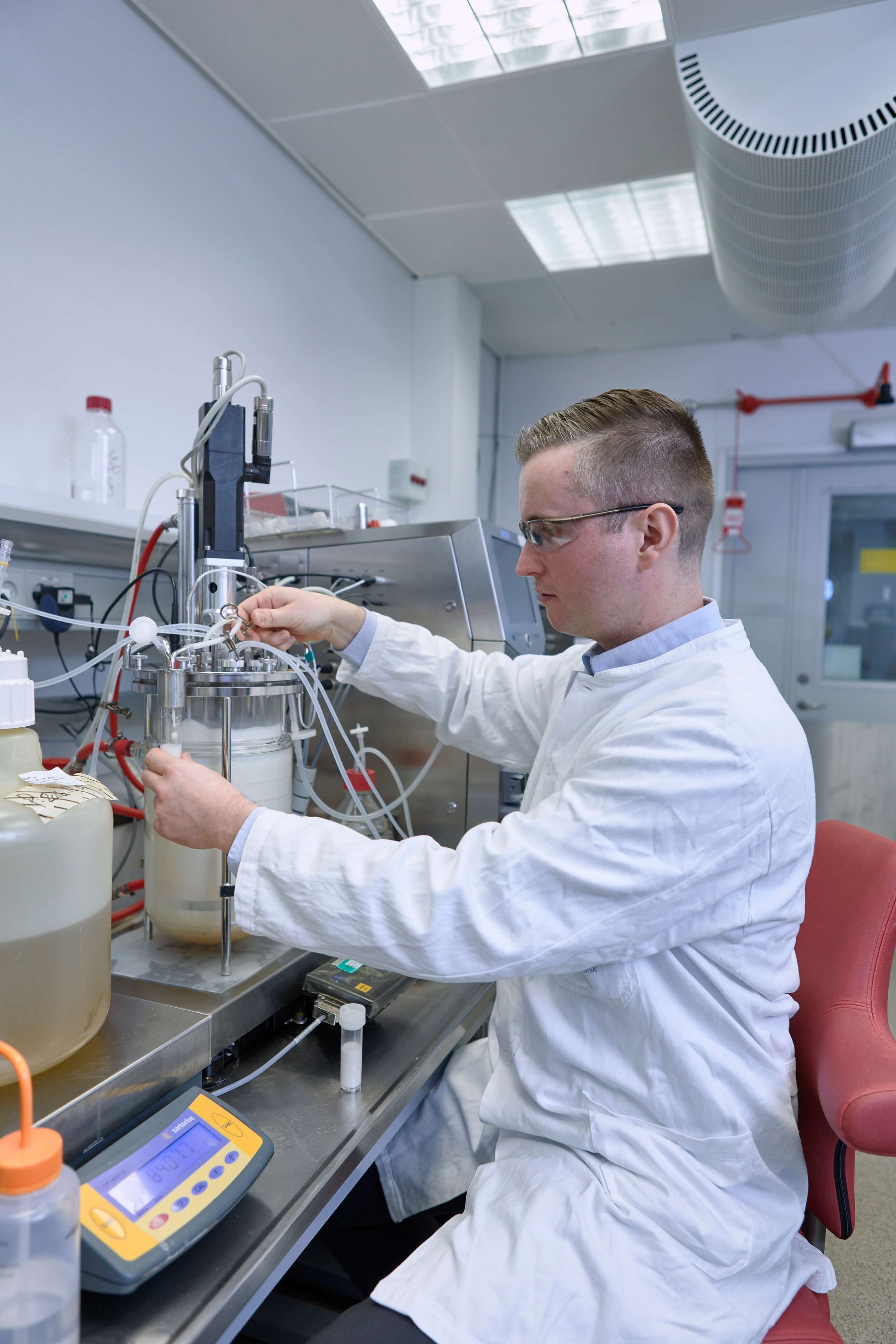 Yeast has a central place at Novo Nordisk, where Peter conducts research to ascribe it specific qualities in preparation for the development of new types of medicine.

Peter had no specific career goal from day one. He never thought about working for Novo Nordisk and even swapped DTU for a couple of semesters at KU: “I started in 2002 and back then, the study programme was not separated into bachelor and master programmes in the same was as it is now. So it doesn’t matter as much that it took me seven years to graduate,” Peter explains. To begin with, Peter had an idealistic notion that he would be amongst the researchers who would isolate medical agents from plants gathered across the world. “Today I see a link from my scientific plant studies at KU to my job at Novo Nordisk where we are attempting to ease the lives of people with obesity and people who suffer from diabetes or haemophilia,” says Peter who has invited us inside Novo Nordisk Park in Måløv.

Obviously, there is a difference between conducting research in the private sector and in public educational institutions, but Peter likes both. “It might be easier to publish research results if you are working in the public sector whereas you need to consider your competition in your own area in the private sector. On the other hand, you have an excellent sounding board at Novo Nordisk, as the business hosts a number of nationalities and professional groups,” says Peter before escorting us down to hand back our visitors’ cards.