While applying for a job, Josephine Hvid had to go through both a personality test and an intelligence test. Read about her experience. 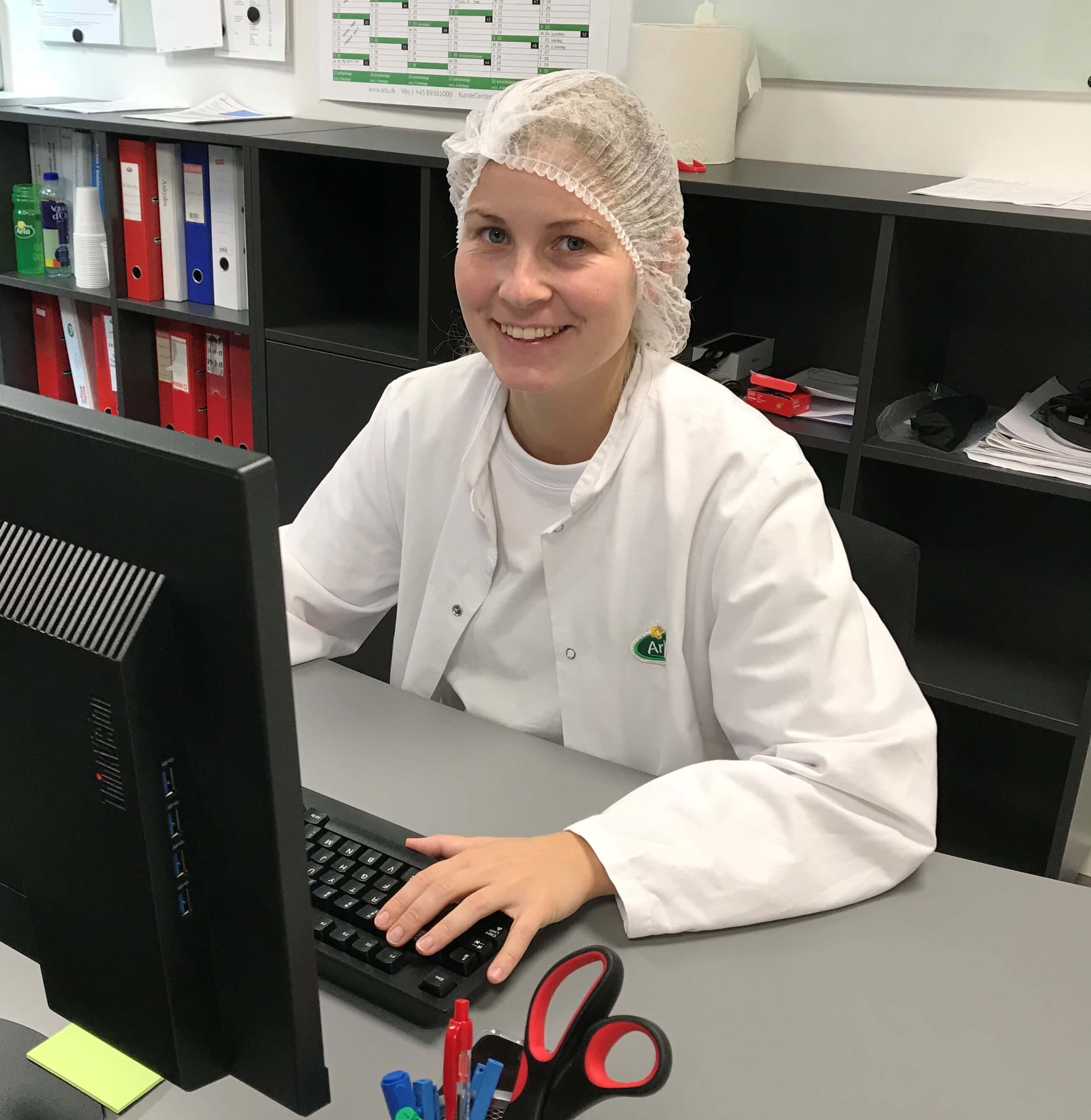 Sooner or later, most job applicants will be asked to answer one or more tests as a part of a job interview. Josephine Hvid also met that challenge, after she had gone through the first interview for a job for a position as a production engineer in Danmark Protein. She had never tried a test like that before.
“I didn’t know what it was about, and in hindsight, it might have been nice if I had looked into what it was all about, but I didn’t even think to prepare myself for that part of the process,” she says.
She took both tests online from home.
“The intelligence test was timed, and that surprized me. It was incredibly stressing, and suddenly 12 minutes had passed, and it just shut down,” says Josephine Hvid.

Tricky questions
The intelligence test was divided into three parts: a logical maths test, a special test, and a language test.
“In that maths test was, for instance, a lot of fractions where you had to figure out which one was smaller. The special test was made up of a bunch of figures, where one of the tasks was to calculate which was next in line. Those were fairly easy to do, but the last one was hard. For the language test, there were questions like ‘Anna gets five apples. Knud gets 10. Peter gets double of Anna, but half as many as…’ and so on. It was hard when you were pressed for time,” says Josephine Hvid.

The test hit bullseye
The personality test did not cause her the same challenges.
“First of all, it wasn’t timed, so I had the chance to think and answer all the questions as truthfully as I could. There were, for instance, questions like ‘‘What do your colleagues think of you? Would they think you are honest, smart, or impatient?’. Then there were questions about what I wanted them to think of me,” she says.
When she went for the second interview at Denmark Protein, a person from HR partook in the meeting. He went through and analyzed her results. “I don’t know how much the two tests weighted in their decisions, but we talked a lot about my answers. We didn’t go through all of my answers, but the HR person told me how he could interpret my answers, and he hit the bullseye on who I am as a person. I was very surprized that he could say so much about me from so few questions,” says Josephine Hvid.