Some job interviews go by splendidly. Others halt from start to finish. But what is it that makes the difference? HR manager Lena Kjær from Rambøll talks about her experiences. 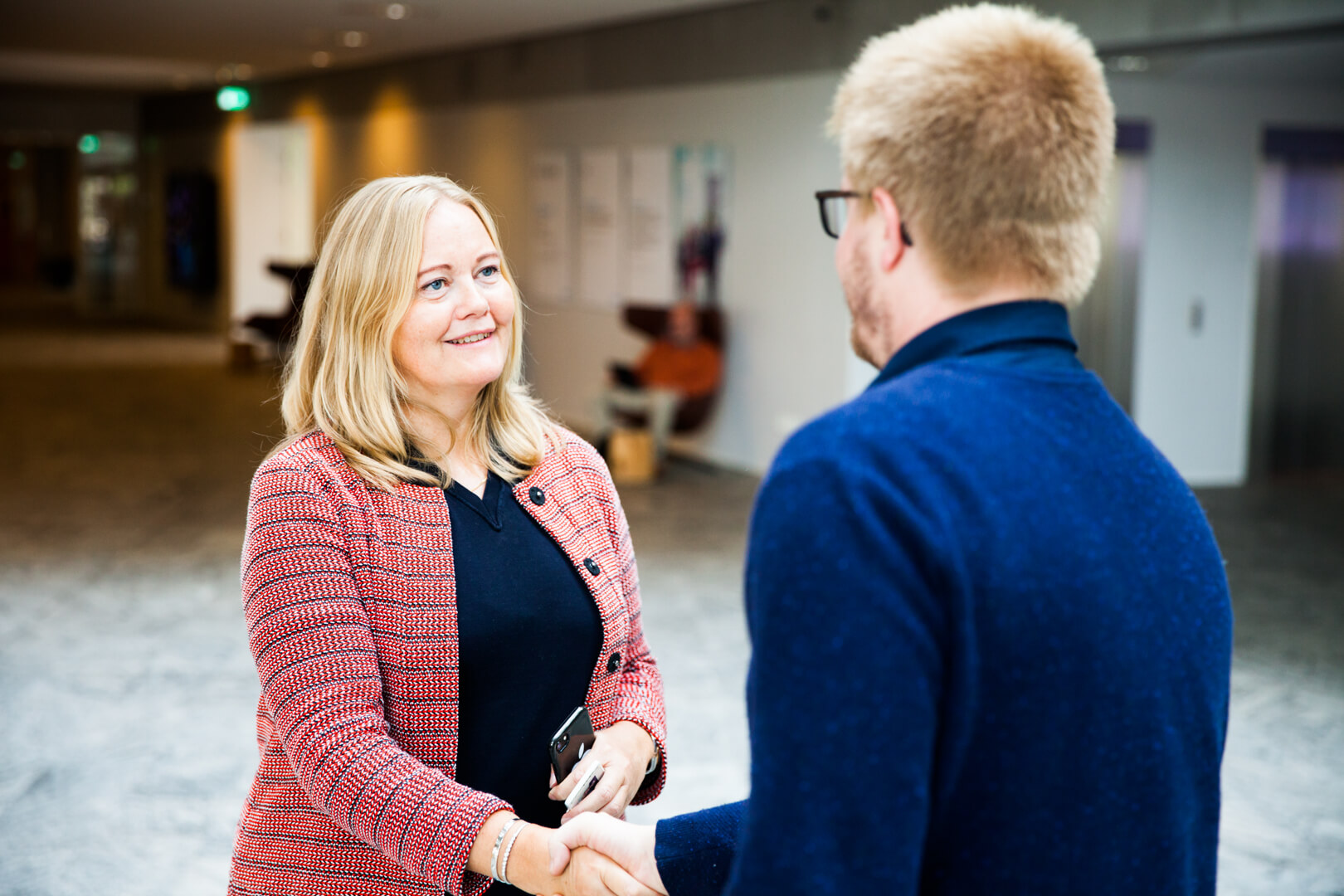 After a job interview, many may have a hard time figuring out if they said the right things, if they made a good impression – and if the thumb is pointing upwards or downwards. But how does it look from the opposite side of the table?
HR manager Lena Kjær from Rambøll, who has had a lot of job interviews with young engineers fresh from the university, often knows which way the wind blows early in the process.
“When the interview is going well, I have often had a good gut feeling, already when I read the application. Here I notice if it is targeted to Rambøll directly, and not just sent out to a wide array of companies. The gut feeling can often be confirmed when I pick the applicant up from the reception on the way to the job interview, if I can feel that they are present, and that there is eye contact with a glint. It may be wrong to categorise it as confidence – maybe rather that the applicant comes off as empathic,” Lena Kjær says.

It is crucial to her that the applicant has researched what company he or she is applying to, and that the applicant has thought about what he or she wants to do.
“Even though you may be completely green, you can still think about how you expect your career to develop. For instance, do you dream of becoming a project manager, specialist, personnel manager, or consultant. And it is not that you have to decide, but it is nice if you have thought about it. If you want to be a specialist, and would love to dig into a specific area, for instance, you could ask about how I could imagine the specialist role unfolding. They may not want to say it like that – but it is fine to ask about the possibilities within the job,” she explains.

It is important to be able to ask good questions. It bears witness of engagement and interests.
“Recently, I had an interview where the applicant asked: ‘How would the first year of employment be for me at Rambøll?’. Or it can be a question that hits us in a good way, like when an applicant asked: ‘How far is Rambøll in relation to the digitalisation agenda?’. I want to talk to the graduates about that, and preferably be able to draw on the new knowledge that they bring from their studies,” says Lena Kjær.

Be careful being introvert
Other times, it goes less smoothly.
“The application may not be completely spot on. Maybe they sent it to several companies and forgot to replace all names. Or maybe they haven’t made a structure for how to present themselves. I cannot deny that you can show up and have everything in your head, but it does not seem serious to not bring notes, or take notes during the interview,” she says.
It is also an issue when the conversation does not glide smoothly.

“To be a bit shy is okay. But it becomes hard when you have to drag the answers out of the applicant, and you feel like they are not giving anything of themselves and are not opening up. The person may be fit for the job, but as an employer, it can be hard to confirm if a person is very introverted. So if we have two candidates, and one – as opposed to the other – talks about who they are and what they can bring to Rambøll, then it is clearly that person we can evaluate the easiest in relation to the job,” says Lena Kjær.

Other times, it is problematic if the applicant is too boastful.
“Sometimes we meet young people, who want to do their careers very fast. We want to hire ambitious people, but we also want them to get to know Rambøll. So if we can feel that the applicant basically thinks about themselves without thinking about what he or she can give Rambøll, then it is an uneven balance,” says the HR manager.