The ability to sell yourself is important for your career. Read the tips for becoming a networking champ without sounding like a used car salesman.

Do you know the feeling? You have a unique chance of contacting the exact project manager who can help you get a foot inside an interesting company – and then you just stand there stalling? 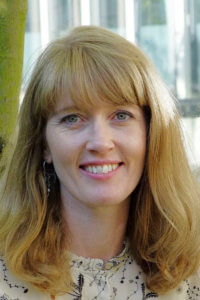 DSE’s two annual job and career Fairs in Aalborg and at DTU are the perfect place to train your networking techniques and build a network, says consultant Rikke Bjerregård Jespersen from Karrierecentsret at DTU. Picture: DTU

Because what would you say, and how do you “sell” yourself the right way without sounding self absorbed?
“It isn’t an easy task, but as is the case with so many other skills, practice makes perfect. DSE’s Fairs are a very good chance to train your networking techniques and build a network. So use the Fairs for something other than just collecting candy, because the companies represented here come because they want a dialog with students. So if you’re a bit shy and feel like an underdog, remember that you have no reason to. The companies came to meet you,” says consultant Rikke Bjerregård Jespersen from Karrierecenteret at DTU.
She adds that it’ smart to master a networking technique, and that you should seize every chance to practice during your studies. Therefore, it is a good idea to participate in company visits, arrangements in DSE and IDA or other events at your university.

Prioritize who you want to meet
In all situations, it is crucial to prepare from home.
“If you don’t have the routine down, it can be dangerous to to just assume that you will come up with something intelligent to say while on the spot. It is sensible to make some considerations beforehand. First you have to find out whom you want to get in touch with and prioritize them. On the A-list, you can write the names of, for instance, three companies, which are the ones you would most like to talk to, and on the B-list you list your second priorities. Start by getting in contact with the companies on the B-list, because then you can use them as practice, and it won’t mean as much if you mess up,”she says.
She advices that you look into the company from home, using their website and looking up the latest news.
“A company may have just won a bidding or placed a new product on the market. You simply have to know,” says Rikke Bjerregård Jespersen.

Prepare yourself thoroughly
Before the encounter, you have to have made it clear what you want from it.
“There is a difference between being on the hunt for a study job or a project meeting. Or maybe you want to apply for a job listing, get general knowledge, or just get a contact in the company that you can use later? It’s a good thing to be able to formulate, because then they know the purpose of the conversation,” she says.
The biggest work lies in preparing several good stories about yourself as an engineer. The stories should include: what situation you were in, what engineer competences you had, what results you helped achieve — and what the company in question could use it for?

“It’s not enough with one story, because you never know where the conversation will go,” says Rikke Bjerregård Jespersen.
It is a possibility that you only get to tell one story, but then you have something to choose from, depending on the context.
“In short terms, you have to tell them what engineering problems you have solved — if it was in relation to project work, a thesis, or a course, but remember not to talk so much about the situation that you forget to put focus on you and your abilities. The trick is to connect the situation with your competences, and thus not come off as a used car salesman. If you just say ‘I’m great at indoor climate calculations’, for instance, it comes off as showing off. But if you connect it to the context — like ‘in my thesis,
I worked with some of what your company is doing too. I was able to do that, because I’m good at indoor climate calculations’. Then the story can stand for itself.” Says Rikke Bjerregård Jespersen.

Inddrag dine kompetencer i fortællingen
Generally, it is important to mention your competences as often as possible. Especially as a recent graduate, where you might not have had a study job that was relevant for an engineer.
“If they ask what kind of study job you’ve had, it might not be smart to say, ‘I worked by the till and with restocking in 7-Eleven’. There isn’t anything in that description that makes sense in regards to working as an engineer. Then you rarely have to work the till or restock shelves. But if you fill the description with competences and results, it might make sense to say: ‘I worked in 7-Eleven where I learned to communicate effectively and have customer contact. I also learned to keep my head cool and order new products at the right time’,” says Rikke Bjerregård Jespersen.

Instinctively, people look back in time and think that they have to say what they have done until now.
“And yes, you should, because you have to talk about your study and exciting projects. But people with the same background can do that too. So if you want to make yourself heard and add a personal touch, you have to broaden the story with your competences and results. A result may be that you realized how important it is to include the users of a product, or maybe that the project has opened your eyes for something you want to work with,” she says.