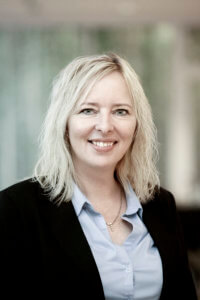 How do you do it, if you want a job that hasn’t been listed? Birgitte Schierning, senior consultant at Akademikernes A-kasse, gives advice on how to apply for unlisted jobs.

When you, as a job seeker, want a foot in the door for a job that has not been listed, it’s obvious to use your network, says Birgitte Schierning, who advises highly educated individuals about their career in Akademikernes A-kasse.
“We recommend that recent graduates use their network as much as possible. For instance, you can contact the company you collaborated with when you wrote your thesis. Maybe the manager does not have concrete job openings, but you can ask if they know someone who may need someone like you,” says Birgitte Schierning. You can also contact a company where you previously applied, but were turned down. “Most would like to help, because they remember what it was like to be a recent graduate having a hard time finding the first job,” she says.

How to find the company
Akademikernes A-kasse recommends these tools when you want to send an unsolicited application:

Bisnode
The data and analysis company Bisnode has a function on its website called ‘Bisnode Profiles’ that gives access to information about companies. Anyone can get a free trial, and members of Akademikernes A-kasse have free access.
“You can have a starting point like “I know this company from my study job or thesis, and would like to know more like that”. You can also search by field, geographic location, economic key numbers, subsidiaries, collaboration with other countries, number of employees, and names of board members and leader group. Names are important, because it means you can contact the relevant people,” says Birgitte Schierning.

Jobindex
The job portal jobindex has a useful function: “Tools for unsolicited applications”.
“Here, you can see job listings more than 10 years back, and see which competences the company has looked for previously, and who the contact person is. Afterwards, it is a good idea to look up facts about the company on Bisnode. The two tools work well together,” says Birgitte Schierning.

Write a short mail and call
Write a short mail to a key person you have found in the company first. Say why you are contacting them and that you would like to follow up over the phone. Enclose a short résumé, targeted to the company. It is often best to write at the start of the week and call at the end of the week. You can also write to the person via LinkedIn.
Hand in your résumé in smaller companies
In smaller companies, it can be an advantage to show up in person to hand over a short résumé targeted to the company. You might even get to speak to the manager or relevant employees. In larger companies, showing up doesn’t make sense, because you’ll typically only get to speak to reception.
Do not let yourself be stopped by data protection regulations
It is not against general data protection regulations for you to hand in a résumé and for the company to accept it. You can tell the company exacty that if they have any doubts about whether they can accept and keep your résumé. But the company is obviously obliged to keep the résumé safely, and not let it lie around anywhere a third party could see it.

LinkedIn
LinkedIn contains useful informations for unsolicited job applications. For instance, you can find contact people with the same background as yourself.
“When you go to Aalborg University or DTU’s company websites, you’ll find the function “alumni” to the left. Here, you can search for, for example, “cand.polyt. in robot technology” and get all those profiles. You can see where they work and in what job functions. It’s exciting because you can contact them and find out if they have an idea for a way into the company. It can also help you open your eyes to less classic career paths in smaller or lesser-known companies,” says Birgitte Schierning.

Company internships and Gazelles
If you’re unemployed, a company internship can be a tool to a permanent job, says Birgitte Schierning. It is four weeks of internship with unemployment benefits. Last, but not least, she recommends recent graduates keep an eye on the growing number of companies that participate in the newspaper Børsen’s Gazelle competitions. They continuously need new employees and competences.