There is a general understanding that engineers just get jobs once they finish university. That is true for most, but not all, according to statistics.

Engineers are the academics with the lowest unemployment rate, hands down. “Engineers have the lowest unemployment rate, and recent graduates get a job quicker than anyone else. That’s very positive,” says chief of relations, Ulrik Romme from Akademikernes A-kasse. As an average, there is a job waiting for 60 % of all engineer graduates the day they leave university, and the majority of the rest will not be unemployed for long. Every fifth academic, generally speaking, is still unemployed a year after their studies have ended – for engineers, it’s just every 14th, or seven percent, according to statistics made by Akademikernes A-kasse. 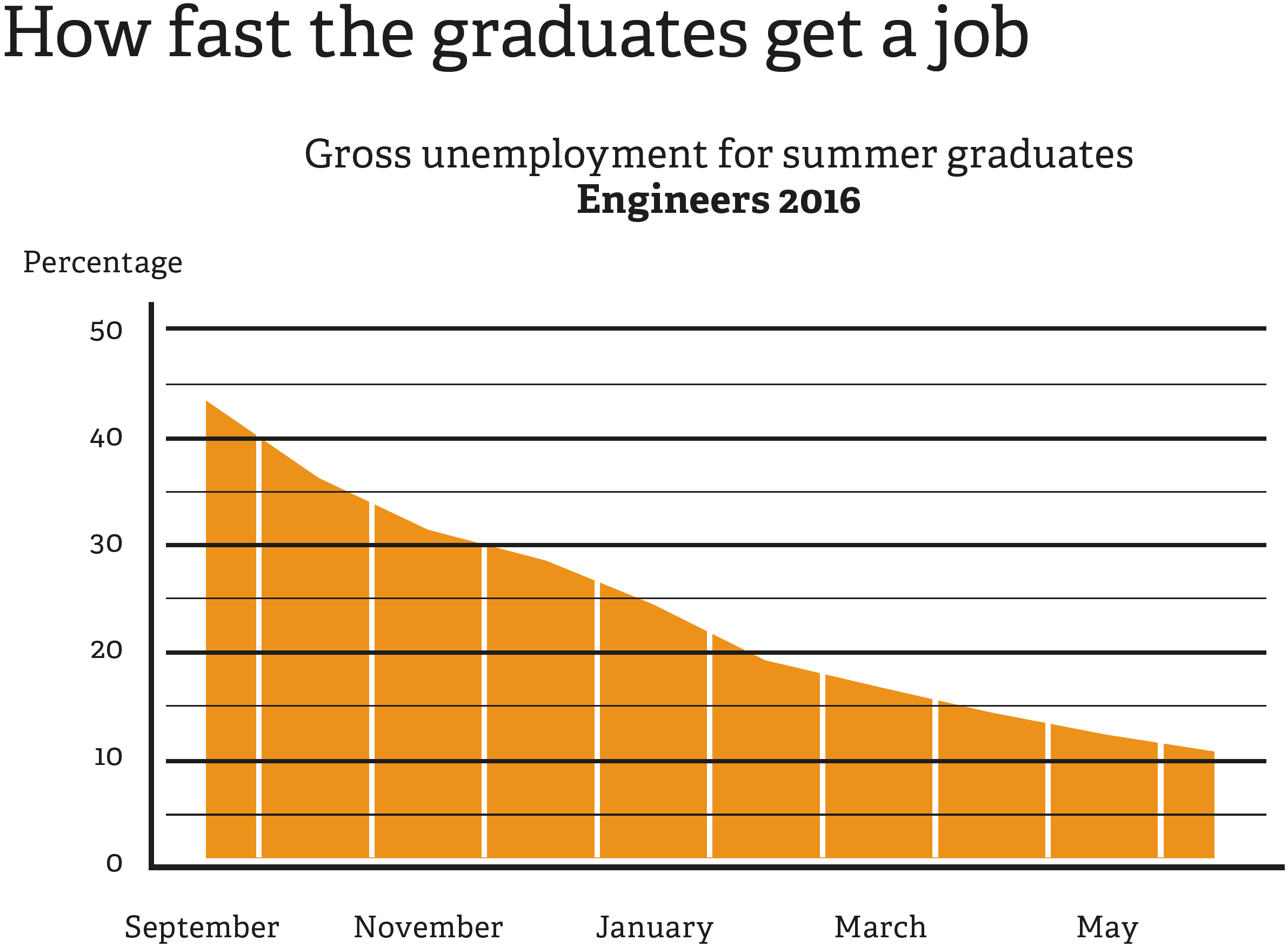 Room for everyone
But the fact that seven percent is unemployed a year after graduating can still sound like a lot. How can this happen when we claim to be lacking engineers?
“It is to say that not all subjects and all regions of Denmark are equally sought after. The unemployment of recent graduates is largest in the big cities. Because once you have studied in a big city, most people don’t want to move away. It is here you have your network, and have started a family. For this reason, most are less willing to move where the jobs are, at first. It’s not because there isn’t room for everyone, it just takes time to find a job. After two years, almost everyone has a job,” says Ulrik Romme.

Classic engineers are most sought after
An application process typically takes a couple of months. If the job listings are posted in August, there will be an application and responding period, and the job typically will not be filled out until the fall. “I think that those who are unemployed for those months feels that they have been unemployed for a long time. But if you are unemployed for 12 months, I think you start to feel a certain pressure, because then the employers may wonder what is happening, and why you haven’t gotten a job yet,” states Ulrik Romme. The classic engineer disciplines are sold out first. This could be building, electro, and mechanical engineers, as well as IT and energy engineers. Other studies do not have the same pull. “There is a tendency for engineers that advance to managers of a company, to prefer candidates from the same study as themselves. They are typically also fairly conservative, so graduates from new combination majors often have a hard time getting a job. That could be engineers from techno-anthropology or city and building design,” he says. There is also a tendency for companies to pick masters of engineering over bachelors of engineering. “They will often pick the ones with the longest education. Even if they are a bit more expensive,” says Ulrik Romme.

Apply widely
To limit the unemployment period, the trick is to simply apply widely, both in relation to geography and subject. “You have to come to terms with being mobile and moving. And then you have to apply slightly out of your field. You may have written your master thesis on a very specific topic, and dreamt of working with this, but sometimes you have to apply broader within your engineer competences. The more you adjust these two criteria, the sooner you will get a job,” he says. 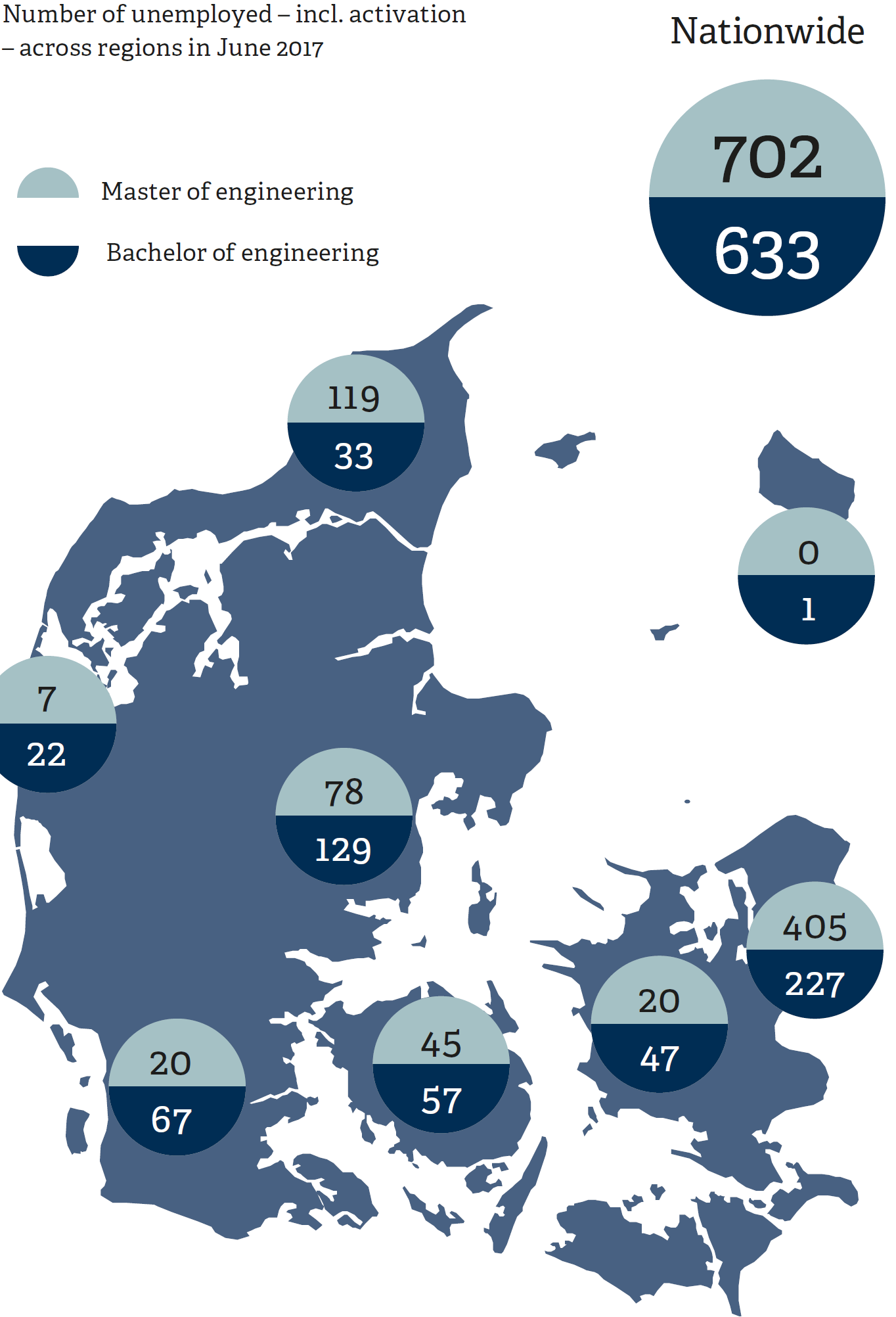