Throughout all of his education, Jakob Mænnchen has heard the same story of how much it would mean to his career to get experiences abroad. Now he knows that it is true.

If you go to Australia, you practically cannot go any further away. And that was exactly what Jakob Mænnchen wanted: “I wanted to test myself and get some different experiences than I could get here at home. So I decided to write my thesis abroad. It was about organic sun cells, so it was natural to go to Australia, because they have a lot of sun and do a lot of research in solar cells,” he says. 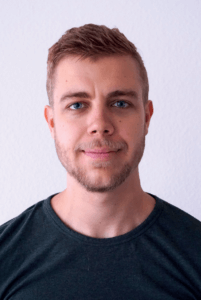 When Jakob Mænnchen came home from Australia and had finished his studies, he was surprized by how big a part his trip abroad played in the job interviews. Private photo.

It ended up being two semesters at University of Newcastle, north of Sydney. And that decision was made quite calmly. “My counsellor had some good contacts at the university, so it was all quite easy to arrange. Of course I had to consider the decision with my family and friends, but there wasn’t a lot that spoke against it. It was important for me to go into the world and experience something special. Then it was a bit interesting to realize that I could make a quick decision and travel to the other side of the world – without knowing a single person there. It was a very good experience,” says Jakob Mænnchen.

A different reality
The thesis writer arrived in a group of researchers and quickly realized it was not just business as usual. “It was completely different from sitting on the school bench at Aalborg University. The ways of doing business and the culture were completely different, so I think I have achieved a level of adaptability. It was also interesting to realize that I could actually work in an English speaking reality, and that I could fluently change from one language to another,” he says.

The trip has given him valuable contacts that he never could have gotten in Denmark and that he may have had difficulty getting if he had gone earlier during his studies. “If I had gone on an exchange trip, I might have gotten a network that consisted of other students, but because I wrote my thesis in Australia, I got a professional and international network and good contact to professors and researchers that I can always reach. I also got a personal network with a lot of people that I have had some good experiences with. Both the professional and the personal has meant a lot to me.” he says.

From graduate to employee quickly
Jakob Mænnchen returned to Denmark last summer and finished his studies. Afterwards, he quickly got a job in Siemens Gamesa – formerly known as Siemens Windpower. “At the job interviews, it was interesting to realize that my trip abroad has meant a lot. I naturally applied for positions where it was relevant, but it has still been a good tool to have during the interviews. We were always told that going abroad was almost more important than everything else on your résumé. Now I know it is true. Of course grades mean a lot, but it is also important to be able to show that you have been out in the world and had the skills to work in an international context,” he says.

He knows for sure that he would recommend others to travel. “Just do it. Go and see the world. It is the world we will work in. Denmark is a small country and our companies are too big to just be in Denmark. So we will all eventually work in international environments,” says Jakob Mænnchen.