Morten Holm Gylling wanted to step out of his comfort zone and took fourth semester in Florida, in the fall of 2016.

By the fourth semester, Morten was momentarily done guiding his bike to University of Aalborg Copenhagen (AAU CPH) in Sydhavn, Copenhagen, and the study ‘City, energy, and environmental planning’. Instead, Morten Holm Gylling could walk the few hundred meters to Florida State University from his new studio apartment in a lower class neighborhood in Tallahassee. 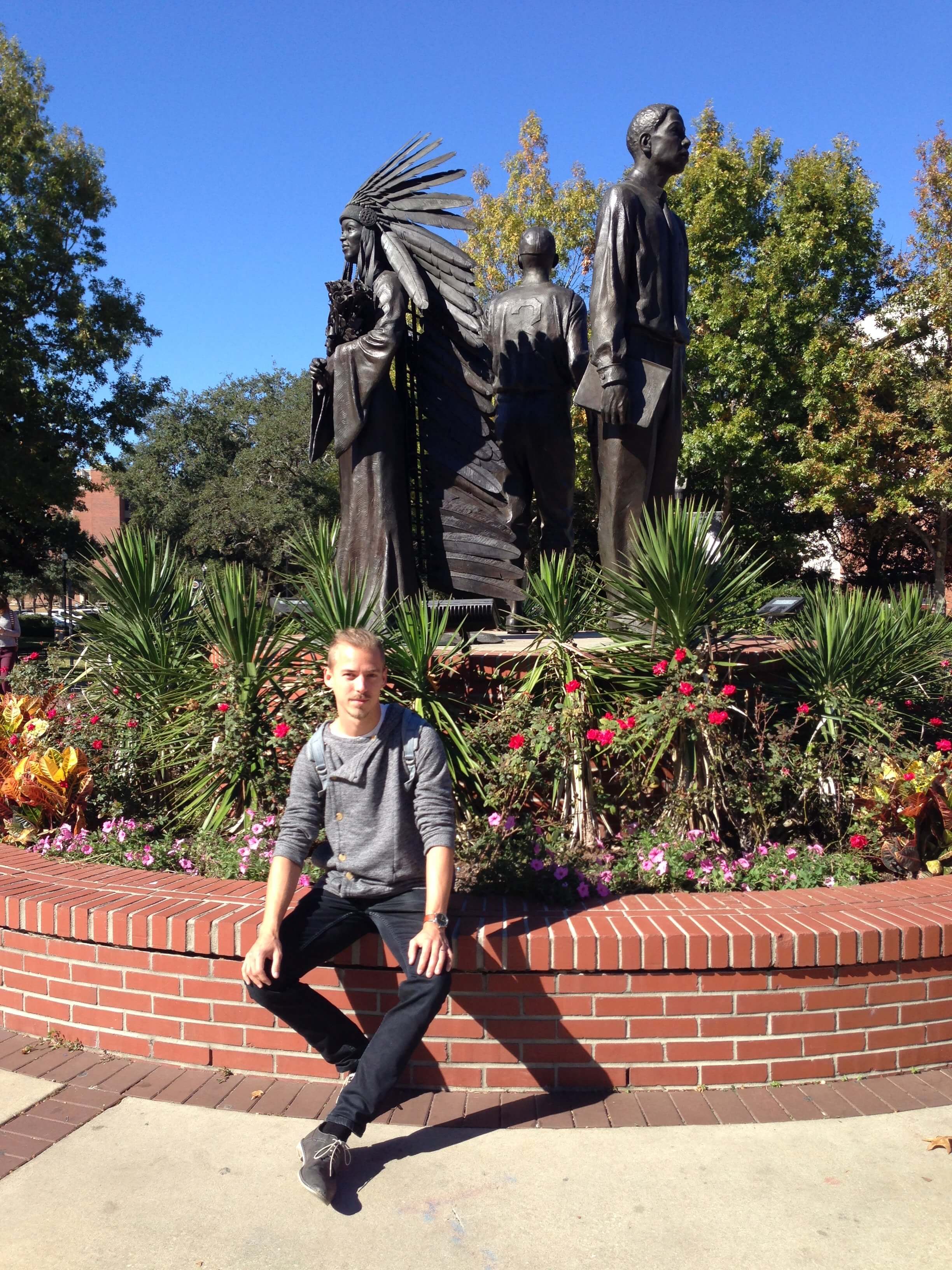 Why Florida?
“I have wanted to experience the culture and the people in USA for a long time now, to gain their perspective on everything. At the same time, they’re in an academically good place in relation to environmental planning. For instance, they were first in their regulations on sewage. So it’s both because of academic and cultural reasons that I wanted to go to USA.”

When did the preparations start?
“Nine to ten months before. There’s only a certain amount of spots for exchange students, and when dealing with USA in particular, you have to be ahead of schedule. There’s a lot of paperwork, like visas, bank statements and medical statements. It was actually surprising how much money I had to spend on that.”

What courses did you take, and was it hard to get merits?
“I took a mixture of subjects, like ‘Planning for Climate Change’, ‘Methods for Environmental Analysis’, ‘Introduction to Environmental Planning’, and ‘Oceanography’. There wasn’t a lot of choices of what I could pick, because merits became a problem. Previously, BA students from AAU have been able to study in Florida without any issues, but now AAU demanded that the subjects taken should match what is taught at home. When my classmate and I went to Florida, we realized that the courses we were planning to take wouldn’t be available in the fall. So it was a lot of work to make a deal with both universities. We ended up taking master level courses to make it
work. So the first couple of weeks were
very chaotic.”

Did you consider going home?
“No, but it sucked that it had to be so hard, when I had chosen a university that AAU collaborated with.”

How did you find a place to live?
“It was a long process. We searched online, wrote a lot of emails, and made calls. It’s a good idea to get pointers from fellow students who have been away previously. AAU actually had a list of places you can stay near the universities they collaborate with. We ended up being two Danes, sharing a studio apartment.”

How was it to exchange the Danish ­environment with an American one?
“It was very exciting. Now that I live a normal life at home, I miss trying new social activities. They had a lot of facilities at campus. For instance, I took climbing lessons, and went on a mountain climbing trip to Georgia. There were also games, a student cinema, bowling, and a pool table, so you could hang out for little or no money.”

Academically, what did you gain from the experience?
“Language wise, it was very giving. I could talk and write in English all the time. That was one of the reasons I chose USA, so I could get my English up to a good level and lose the Nordic accent. It was also about gaining another perspective, academically. They have different issues to face. For instance, the extreme heat in the large cities.”

Will the stay affect your career?
“I hope so. I went on my BA, because then I could gain the language skills and international competences. On the MA in Sustainable Cities, I can go on an internship, and then tell a future employer that I’ve done both.”

To whom is it a good idea to study abroad?
“Those who want to improve their English, make new contacts, gain a new academic perspective, get out of their comfort zone, and try something new. Furthermore you get something that can help you in your future career.”