What is the employer looking for when they hire recently graduated engineers? A good head is rarely enough. The heart has to be in it too, and relations often start long before the studies have ended.

I wonder where I will land my first job? This is probably a thought most students have. Even if the future can be hard to predict, as a student you can actually make an active effort to move yourself in the direction of a job – maybe even the dream job.
So says the head of recruitment in three companies: Orbicon, EKJ and Haldor Topsøe. There is a difference between the recruitment styles, and between the types of work that needs to be done in the three companies. But the general message is that a good head and high grades alone rarely give you a free pass. The applicant needs to have social competences, and the relations actually often begins long before the studies have ended.

Orbicon
Orbicon advices about climate, environment, construction, and infrastructure, and had approximately 600 employees I’m offices in Høje Taastrup, Odense, Esbjerg, and Aarhus. Through the last few years the Infrastructure Department have doubled their workforce to 30, because the company is focusing strategically on growth within counseling on traffic planning, roads, ­harbors, and locks. Because of this, the
head of infrastructure, Lars Bendixen, has gotten some experience in spotting the real talents.
“With us, you not only have to know your stuff, you also have to have work experience to be an attractive candidate as a recent graduate. Whether it’s as a service worker in Netto, or doing charity work in Africa doesn’t matter much. As long as you can show that you can take responsibility and work well with others. You have to be able to do that here, as we often work in teams on our projects,” says Lars Bendixen.
“”The dream employee” doesn’t have to have straight As in every subject, but of course you have to have reasonable grades within the field of roads, if you want to be a road engineer. At the same time, it’s important that you’re a whole person, who is curious, open, and willing to learn. When you get an education you gain some theoretical skills that you need to translate into practice, and then you need to learn something new,” says the head of department, who opens up and admits that he has made mistakes.
“We hired the wrong person when things were speeding up. Even if the warning lights were flashing yellow during the interview in relation to his social skills, we hired someone who couldn’t adapt at all. He showed up to work and didn’t engage. For instance, he could be stuck with a problem for days without mentioning it to anyone,” says Lars Bendixen, who had to fire the employee, and sharpen his attention to the applicants’ people skills.

EKJ
In the consulting engineer company EKJ with a total of 200 employees, the construction department has found a good method to matching the workplace with recently graduated engineers, says the department manager, Lars Bundgaard.
“We almost only hire recently graduated engineers, that we have had as interns. We take three interns every half year, and some of them realizes it wasn’t their thing. However, most of them fit into the company, and we offer a lot of them student jobs afterwards to keep the contact,” says Lars Bundgaard.
Among the department’s 28 full time engineers, six were formerly interns.
But what does it take to get your foot in the door as an intern?
Well, you have to be good at math and have a solid understanding of the theory behind statistics. Most interns have a high average, but also student with lower grades have found their way in – even for full time jobs – “because they have proved to be very good at what they do” and had a good understanding of the culture and interdisciplinary collaboration in the building industry.
“In the application, you have to highlight that you’re willing to make an effort. You have to be clear about having healthy pastime activities, and not having played PlayStation throughout your entire childhood. If you, for instance, have been a gym assistant or a scout leader, then mention it, because it says that you can work in a social context and take responsibility. Furthermore, it’s obvious that it’s good if you know something about the building industry. It’s a plus if you, for instance, have built sheds with your parents, or have been a worker at a construction sight.

Haldor Topsøe
Michelle Cecilia Svensson is Head of Talent Acquisition in Haldor Topsøe, and has the task of recruiting for the headquarter’s workforce of roughly 1,200 employees in Denmark. She explains that at Haldor Topsøe the relations often start a couple of years before the student has finished their engineer education.
“We make a large effort to establish contact to students early on, even by the time they start the second semester. Students contact us when they’re writing their projects, and we regularly post about new job opportunities for students. We also get to know future colleagues when they approach our stands at the congresses. We are sometimes approached by someone who says, “I’d like to work for you, do you have any suggestions as to what I can write on my resume?”,” says Michelle Cecilia Svensson.
The company takes these kinds of inquiries very seriously, and it is routine to consider if any interesting profiles have popped up after every congresses.
But what is an interesting profile to the international company that sells catalysts and equipment for catalyzing? Well, they want you to be curious and open, and have taken a responsibility upon yourself in your spare time or in your study job. Furthermore, you need to do your research before contacting, says Michelle Cecilia Svensson.
“You need to have made an effort to find out what kind of company we are. You also need to write a good application and resume, where it is highlighted in an exact and precise manner what you can offer. Grades aren’t essential, because we look at the whole person and the social competences. But of course we’d like a mix of both.”

Job after internship and study job 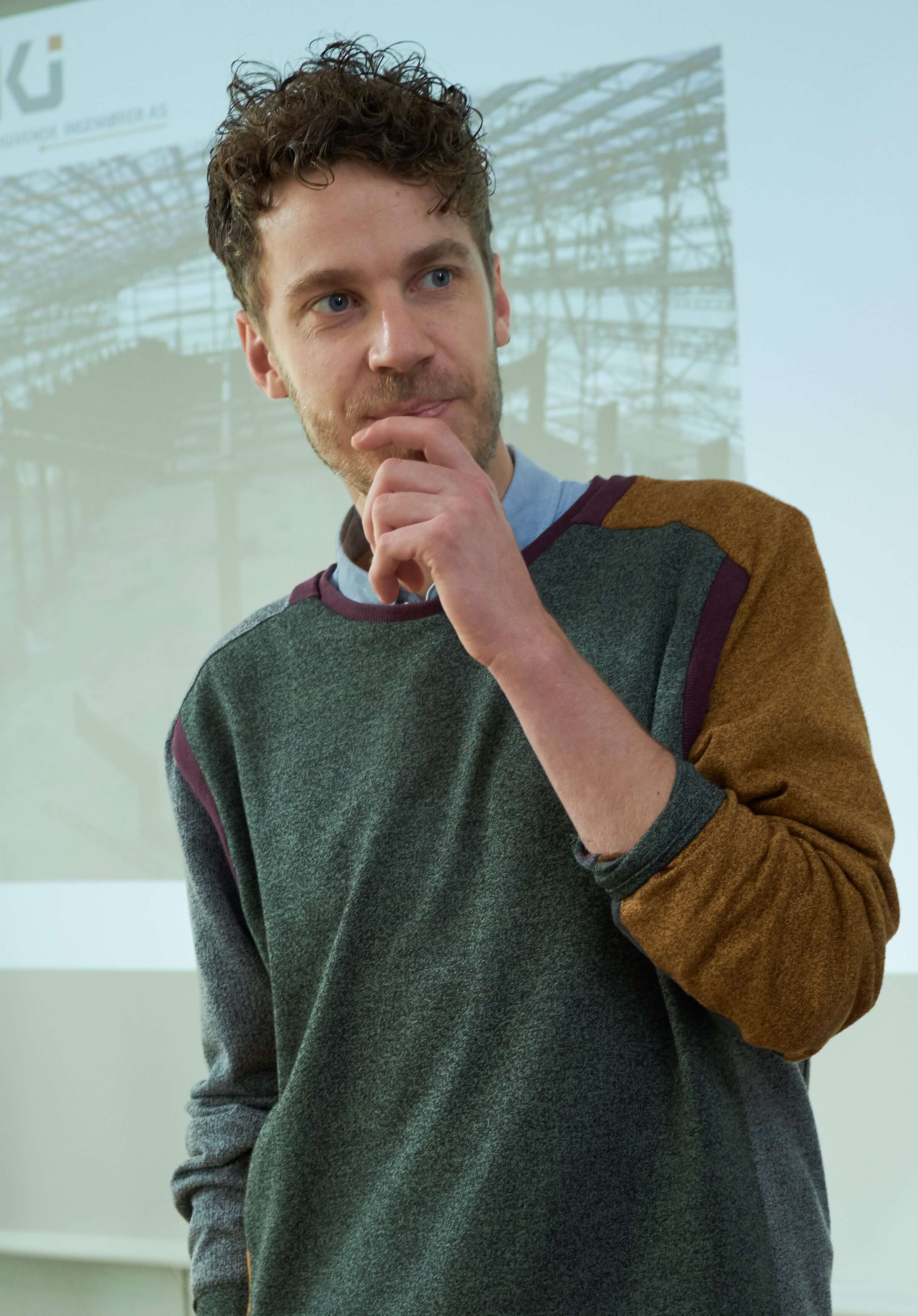 Simon Kjeldgaard got a job at the counseling engineer company EKJ in Copenhagen, directly after finishing his education. He knew the company from internship and study job.

For Simon Kjeldgaard, it was a smooth transition from study to job. Already two years before the end of his education as bachelor of engineering in building and construction from DTU, Simon checked into the company EKJ for the first time. Back then, he was interning in the construction department, and he kept in touch for the rest of his study time as a student assistant.
“I’ve gotten more and more responsibility, and I have evolved as my studies have progressed, and the sum of my work hours at EKJ has grown. It has actually been super exciting that my internship, study job, and studies have been so coherent for me,” says Simon, who finished at DTU in January 2017.
Shortly after, he had a full time position at EKJ with the larger assignments and responsibilities that comes with it. For instance, he calculates concrete and steel constructions at a coming twelve story hotel in Copenhagen, that will be made out of three existing buildings.
“No one asked to see my grades when I was hired, because they know what I bring to the table by now. But the grades mattered when I first applied for an internship, and I’ve since used a lot of time to better myself, both in relation to EKJ and my studies. I chose to continue, even though the job opportunities in other ­places were fairly good. I like being here, and I get to do a lot.
I have been thrown into the fire, but at the same time I’ve gotten
the help I needed to do the assignments,” says Simon. 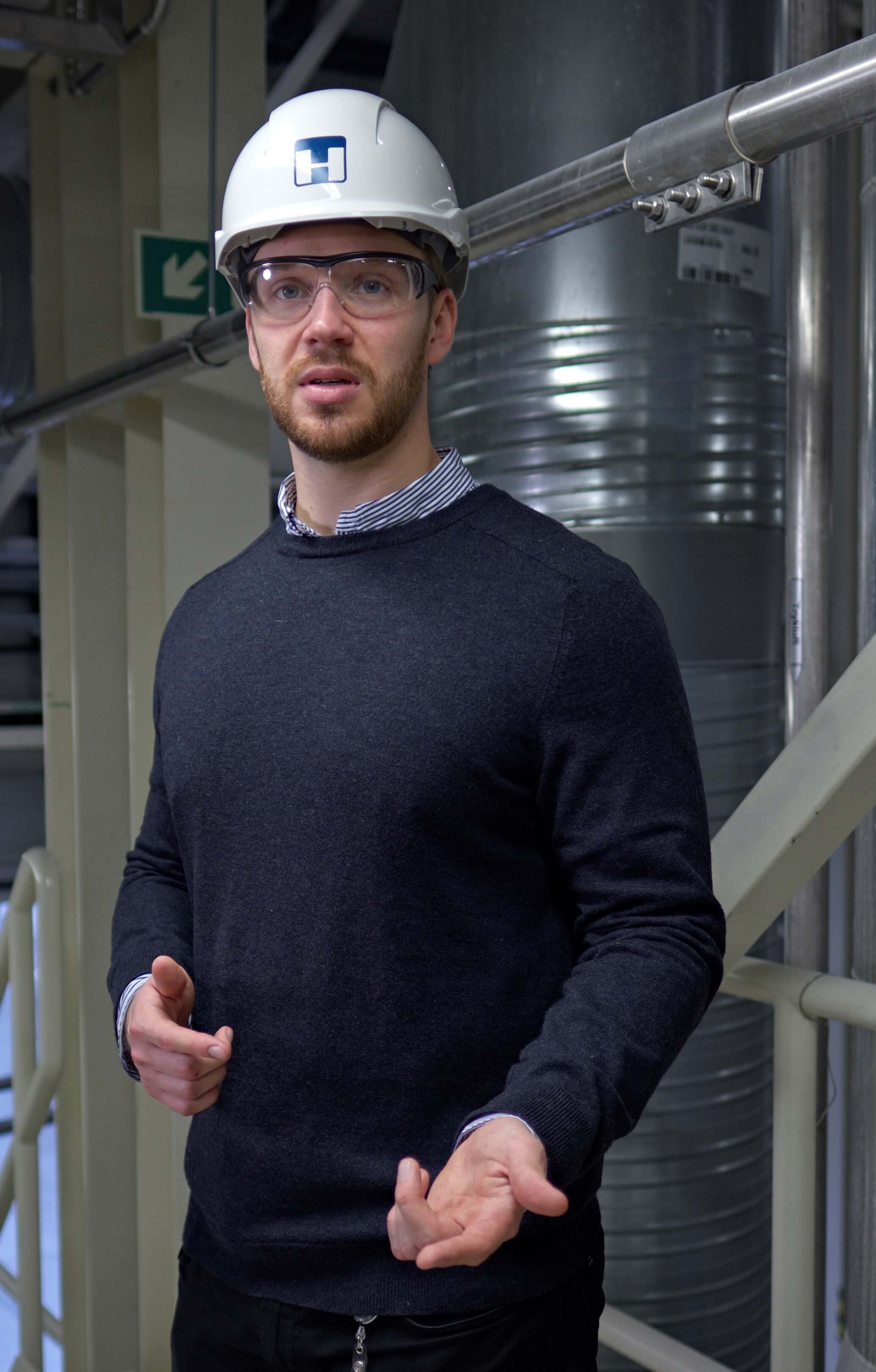 Niels Aksel Madsen was hired as an engineer at Haldor Topsøe the traditional way. He saw the job listing on LinkedIn.

Niels Aksel Madsen got a job “delightfully fast” a couple of months after he became a Master of Science in Engineering in ‘Operations and Management Engineering’ from University of Aalborg, in the summer of 2017. Niels saw the job listing for Lead Planner at Haldor Topsøe on LinkedIn, where the future employee would get responsibility for a whole product group. Everything from purchase of commodities, to planning of production of VK catalysts, that are used to reduce the discharge of SO2.
The job interested Niels, so he sent an application, a resume, his grades, and got an interview before the deadline was even reached. Before the first interview, he had to fill out a logical test and a personality test, which the interview was based on. The second interview was with the team. Immediately after, Niels got an interview with the boss.
“I had heard a lot of good things about Haldor Topsøe through my studies and worked with Supply Chain Management in the majority of my education. It appealed to me that I could be responsible for the entire supply chain. It is awesome to be in the middle of this,” says Niels after a couple of weeks in the job in Copenhagen.

Why did they hire you?
“That’s because of a mix of a lot of different factors. I made it clear to myself early in my study which area I would like to work with, and I’ve tried to shape my education, projects, and master thesis accordingly. It has also been important that there was good chemistry at the interviews with the boss and my colleagues, and that goes both ways. As the applicant, you have to be able to see yourself in the company’s culture.” 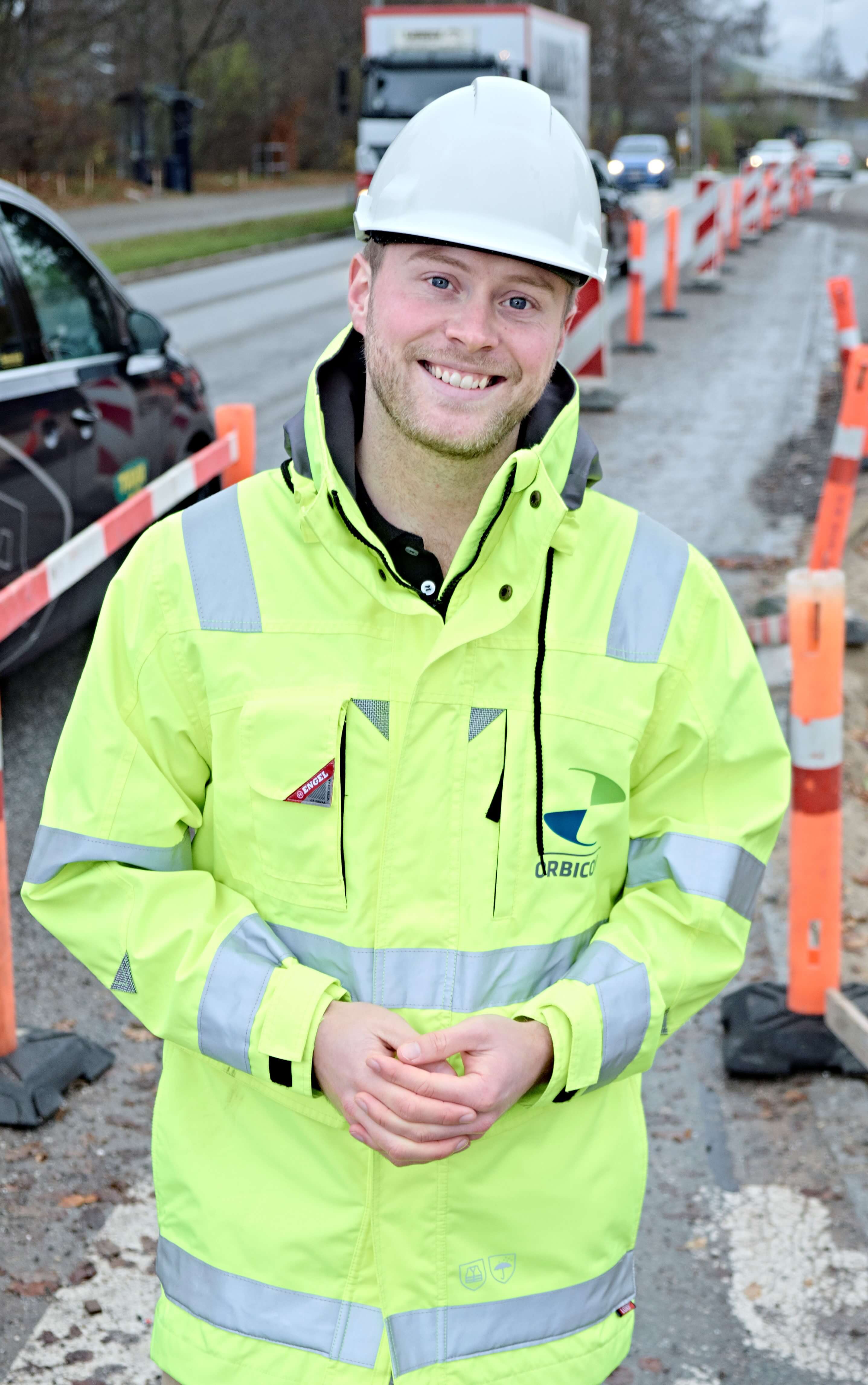 Kim Andersen was hired as a traffic planner in Orbicon after advice from a classmate. The job was never listed.
By the end of his study, Kim Andersen was a bit worried about how he was going to land his first job as a Bachelor of Engineering in traffic and transport from DTU.
“Even though I knew there would be a fair amount of job opportunities, I figured it would be four, five, six months where I had to apply for a lot of jobs. Maybe even some that wouldn’t be my first priority,” he says.
Because of this, he was surprised and happy when it ended up going smoothly.
Kim was helped by his network, and it even happened while he was exploring the world, traveling in USA and Mexico after his last exam in February 2016.
“I was in a casino in Atlantic City when my classmate asked if I was interested in a job. He had recently gotten a similar position in a different company, and now one of his colleagues were starting up a new traffic unit for Orbicon in Zealand.”
The two classmates had done a large project together about traffic simulation. Kim wrote his application at a hotel in USA and got an interview just as he returned to Denmark. That’s how he got a job without it having ever been listed.
“It played a role that I had a personal interest in the subject, had gone on exchange, and had moved my personal boundaries. As a recent graduate in a new team, it was important that I was flexible in relation to what the job entailed and didn’t have unreasonably high demands. It also mattered that the project based study had been focused on reality. The approach to the assignments, and the programs I use now, are the same ones I used during my studies.”